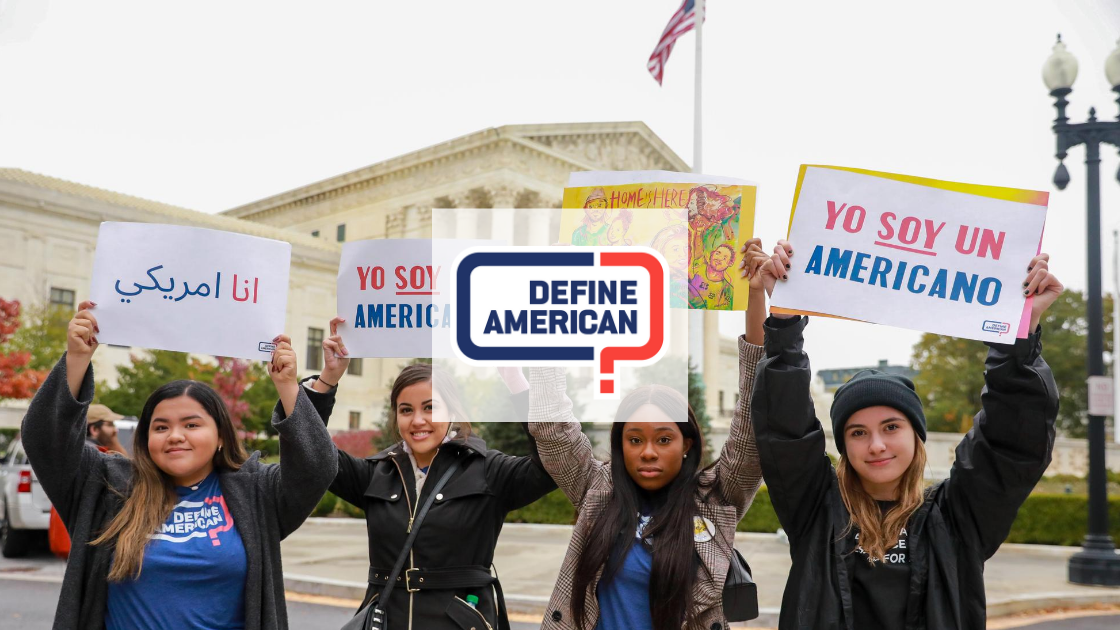 Juno Maldonado, a digital strategist at Define American, was tired of manually tracking campaign data. Keyhole not only helped her streamline the entire process but also to accurately measure the impact of her campaigns.

Define American is a media advocacy organization that fights anti-immigrant hate in America through authentic storytelling. The organization aims to shed light on real-life immigrant stories by shifting the conversation about immigrants, identity, and citizenship in a changing America.

“I manage all the social media channels – especially the national ones. I’m in charge of doing the backend of the digital campaigns to make sure everything is strategized.”

The Issue: Measuring the Campaign Impact

When it came time to measure the impact of a recent campaign, Juno realized that her team did not have access to the right tools to measure the reach and engagement around a campaign’s hashtag.

As a narrative and culture change focused organization, Define American has a research department in charge of studying the impact of Define American’s work, including campaigns. Juno was looking for a tool that could demonstrate with data that the work was making a difference.

“We have a whole research person to do that (tracking) to measure whether or not the work we’re doing is effective and if we’re changing minds and hearts.”

Manual Tracking was Time-Consuming, Yet Incomplete

Manually tracking data was one-dimensional, general and not streamlined enough to be presented in a clear form. Although they were monitoring the total hashtag usage and measuring engagement, Juno knew it was still an incomplete way of getting insights.

“It took so much time to do, to track all of that and add it all up on my end.”

These outdated ways of tracking data consumed most of her time and the returns were insufficient.

Taking Keyhole for a Test Drive

When Define American introduced their #BlackandGold campaign – a virtual event to create solidarity and support for the Black and Asian communities – they needed to know the impact of it. Define American has a lot of connections with celebrities and so, the team wanted to measure the impact that influencers had on the performance of the campaign.

“They were seeking all this data that our current software was never going to be able to give us.”

Juno knew that there was a better way. She started researching different social listening tools, gave Keyhole a try and instantly fell in love with it.

With the click of a button, Juno was able to share the link to her Keyhole tracker with her entire team and they were immediately impressed with the data they previously didn’t have access to.

And then Define American took Keyhole for another test run, this time with another campaign, #Immigrad – a virtual celebration for immigrant graduates. Many celebrities were involved – one of them being Selena Gomez. Selena put together a video for #Immigrad and Juno’s team wanted to track the performance and impact of that video post.

Using Keyhole, Juno was able to see how far and wide the reach was, and even discovered that the campaign reached Norway!

“There were so many things that were happening outside the scope of our country that we didn’t realize.”

“It was the sentiment score. That’s what sealed the deal for me…. And the second thing was being able to locate where the major engagements were at.”

Conversations around immigrants are still considered to be a sensitive topic for many in the US. So, gauging a campaign in terms of sentiment was the most important task.

For Define American, Keyhole provided an opportunity to know what worked well to gain the positive sentiment of the masses and spread it across the country. It’s crucial for them that they’re not preaching to the choir, and that their campaigns target the people in the middle – those that lean a little to the left, and a little to the right.

With #Immigrad for example, Juno could see that the overall sentiment was shifting to positive closer to the end of the campaign. This helped them prove it was worth all the time and resources that were put into making this event happen. The location data underscored the success of the campaign, showing the states that had the most support.

It is crucial to the organization that their campaigns are able to shift the narrative around immigrants to a more positive light. And through Keyhole, Juno was able to prove it with numbers.

Define American was receiving some negative reactions to their campaign, which ended up overshadowing the presence of positive sentiments. Juno traced these elements and concluded that many of the people weren’t able to relate or understand the true concept of the campaign.

Through Keyhole, Juno was able to narrow down the campaign to target like-minded people.

“What we did was start targeting more universities and college chapters. So, they can start promoting them on their own pages.”

Keyhole vs Sprout Social: And the Winner is…

The team Define American also tried out Sprout Social, another reputable social media management platform. Their shift from Sprout Social to Keyhole was mainly based on two pain points: high price and unavailability of location data. For tracking a few keywords, she just could not justify the subscription price.

“They also have social listening, but it’s way too expensive. It’s sort of $500 or $600 as a non-profit for three keywords. It was way too much for me.”

Sprout Social offered valuable data but it didn’t break down posts by cities like Keyhole does.

Now Juno is an Advocate for Keyhole!

Whenever asked to recommend a social media listening tool, she’s quick to speak about the success that Keyhole brought to her team.