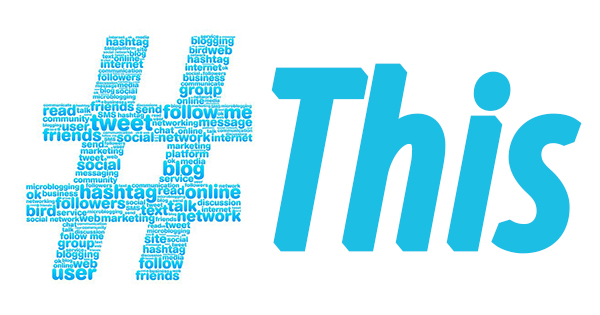 Someone recently asked this question on Quora and I thought I’d share my answer on the blog here.

In short: No, hashtags in ads aren’t a fad — they’re here to stay. At least when done right.

Hashtags serve 2 important purposes that advertisers (and marketers in general) can’t live without.

1) It drives campaign awareness in a way that encourages engagement

Social marketing isn’t like marketing on most other mediums. It requires direct engagement to be considered successful. On many other platforms, you might show the name of your brand/product in the campaign and hope the increased exposure will lead to awareness and sales. Social is different.

On other platforms, “Just Do It” might get you the action you desire. On social, a campaign that encourages people to include a product name or slogan in their posts just won’t work well. Nobody’s going to talk about sports and including “Nike” in their post just because you asked them to.

Instead, campaigns need to have a conversational component to drive engagement. If you’re Nike and want a conversational campaign, you’d be better off asking people to talk about their own accomplishments and tagging #JustDidIt.

Then, when other followers see #JustDidIt, it drives additional awareness and engagement, which was likely the purpose of the campaign to begin with.

2) It allows for campaign-specific filtering and measurement

If you’re a marketer (social or otherwise), you’re not a very good one if you’re not measuring campaign impact. With social campaigns, the metrics often used are # of posts, reach, impressions (in the limited way that social platforms currently provide) and influencers engaged.

If you’re not introducing campaign-specific hashtags, it becomes very difficult to distinguish between participating in the campaign vs. people talking about the brand or product generally.

Hashtags allow marketers to focus just on the people and conversations related to the specific campaign, engage those people in very specific ways, and then report on its success/impact.

Are hashtags perfect? Probably not. But it’s the best way today for social marketers to engage users and measure success for campaigns in any reasonable way.

PS – Yes, Keyhole measures hashtags and social conversations, but hopefully the points above are seen as more than a biased opinion