Finding influencers has become much easier over time — especially given the transparent data that’s now available. You no longer need to rely on ‘black box’ scoring systems to find generic partner. You can use available data from social networks to rank their influence objectively.

Instagram is consistently lauded as the top destination for discovering new and exciting content. But it when it comes to gaining meaningful insight into the why of successful, viral posts, many users may sometimes feel lost in the shuffle (or is that swipe?)

But fear not! We’re exciting to announce a new feature for Instagram called Follower Insights.

Let’s keep the momentum going. I’ll match next $5k of replies on @ddebow‘s tweet. #NoWallsInTech Donate at https://t.co/V5kuaLOW7l https://t.co/0wtQfbCVPl — Saif Ajani (@saif_ajani) January 30, 2017 At Keyhole, we know that diversity is our strength — it is reflected in both our amazing team, and the country we proudly call home. That is why our … Read more 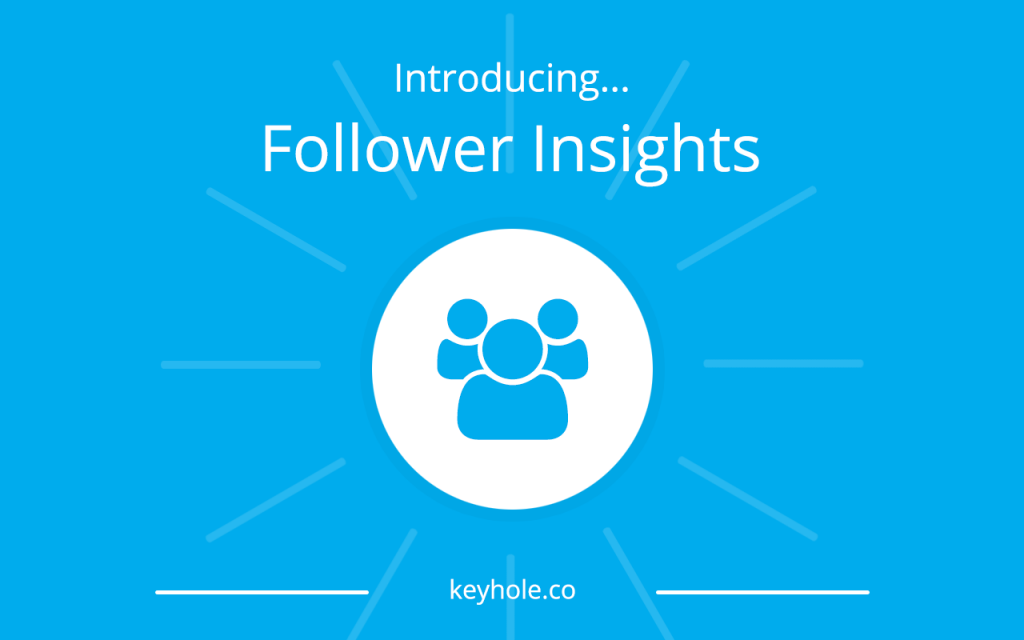 Keyhole continues to grow as the number one hashtag analytics and account tracking tool, and we’re pleased to announce these new features for Follower Insights.

A lot of attention has been paid to both #InaugurationDay and #WomensMarch recently. The images on Twitter comparing the two events have been stark, to say the least.

The POTUS (the new one) and his team, however, have been adamant that this is an issue of the media not reporting the truth. We at Keyhole have decided to collect some data of our own to compare the two events. In particular, we decided to use our platform’s hashtag analytics tools to compare the usage of #Inauguration-related posts vs #WomensMarch, along with the users behind them.

Let’s take a look at real Twitter data for the two hashtags.

Read more#Inauguration vs #WomensMarch — The Numbers

A lot has been written about Meerkat vs Periscope so far, but most posts have relied on cursory data and anecdotes.

As users know, Facebook’s API has provided limited access to their data. In most cases, majority of posts aren’t returned to trackers. This issue has affected all social analytics tools that use V1.0 of the API.

The question Will Meerkat Die? invites a robust analysis, but it’s too early to say.

A few weeks ago, we spoke to a number of Keyhole users to learn about how they use the product and what changes they’d like to see.

A quick announcement to let everyone know that our Keyhole servers are expected to undergo some scheduled maintenance on 6 March 2015. Unfortunately this will result in some downtime, but it is mandatory so that we can apply security updates.